Interim Executive Director Monique Armand traveled to Austin, TX September 17th-19th to take part in the Farm to Table Experience hosted by Auguste Escoffier School of Culinary Arts. Armand is currently a full-time student pursing a degree in Culinary Arts at Escoffier set to graduate May 2022.

The weekend tour began with a Friday night dinner featuring a traditional Texas-style barbecue at Stiles Switch BBQ. Stiles Switch BBQ & Brew, named after the historic 1800s I&GN railroad stop Stiles Witch, Texas, is also namesake of the owner Shane Stiles. Shane’s inspiration for Stiles Switch BBQ is derived from his admiration of the Texas BBQ Legends he was raised on growing up in Central Texas. Stiles is focused on setting the bar high with his “no corners cut” methods of preparation and selection of quality product. The students were shown the various “sister and brother” smokers located on the property and shown a demonstration of the smoking/cooking process for their meat. The workers generally start smoking the meat at 11:00pm at night until the early morning. The meat is then wrapped in wax paper to keep the outside moist while the meat on the inside cooks to a safe to eat internal temperature. They have 2 current locations across the Austin area with a 3rd location being renovated for opening soon!

The next step of the tour began on Saturday morning with the visit to Boggy Creek Farm where they have set up their own Farmer’s Market that provides fresh, organic produce and flowers. This mother/daughter team transformed the house and land into the first urban farm in Texas. After two decades of selling to places like Whole Foods, they realized there were no farmer’s markets in Austin, so they decided to open their own farm stand. The historic home on the property is one of the two oldest homes in Austin. Students took a tour of the Farm and the small livestock that was on the property. With the season change the new seeds had recently been planted as there was not an abundance of growth but the irrigation system, labeling of produce and various produce was available for viewing. The students were able to choose the produce from the Farm that they would be utilizing later in a hands-on demo at the Escoffier School location.

The next leg of the tour was a stop at the Barton Springs Picnic Food Truck Park. The Picnic was founded on one simple concept: support local. Constructing amenities unheard of in the food trailer world, including 80 paved parking spaces, architecturally designed pavilions, and air-conditioned restrooms, the owners invested in the future of Austin by creating a property in which local business could thrive for years to come. The truck cuisines range from American, Thai, Tacos, Mediterranean, Tex-Mex, Italian, and Gelato. Students were provided vouchers where they could utilize at their Food Truck of choice and explore the food delicacies at their leisure. The Picnic is located on Barton which hosts bikes for rent, restaurants, night life, and outdoor activities.

The Final stop of the tour began with a Pasture to Table food presentation held at Escoffier school. The presentation provided detailed information on the cattle population within the United States and which states produces the most cattle. The surprising fact was that Hawaii boasts the most amount of cattle but have no processing plants on the island and not able to capitalize off of that revenue. Every student was urged to complete the certification about beef at www.rawthruthaboutbeef.com , find a mentor in the industry, and network in order to obtain a favorable job position in the industry.

The students were provided recipes for several meals and able to choose which station they wanted to work at to complete the full meal. The stations ranged from flanking and marinating steak, chopping fresh veggies for salsa and fried/grilled okra to grilled corn. Once the meal was completed by the set time it was set up in a potluck fashion and all was able to enjoy. 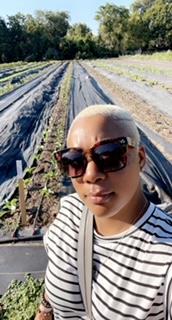 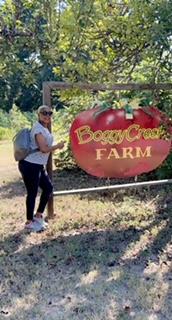